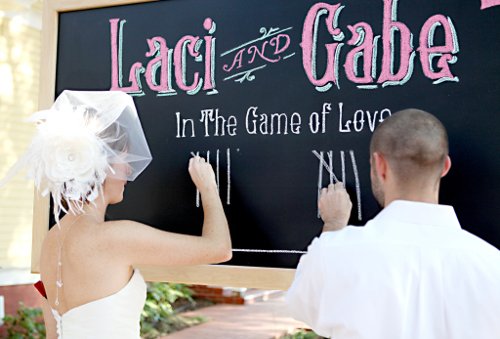 Bridal showers are traditionally a close, intimate gathering of family and friends to extend good wishes to the bride and groom and to present the bride or couple with gifts that would help them start a new household. Since showers are more rooted in tradition, many couples have questions about the etiquette of a shower. Who hosts and who gets invited? How involved in planning is the bride or couple? Does there need to be a theme? Let’s take a look!

Traditionally, friends of the bride or couple or their parents host the shower. Bridesmaids and the maid of honor are involved in planning and *may* host if they would like to, but from an etiquette standpoint, this is optional rather than obligatory. Some couples have multiple showers, because their families live in different states or work friends want to host a separate event. That’s fine, but try to ensure that your guest lists don’t overlap! Showers are usually held 2 weeks to 2 months prior to the wedding.

The golden rule here is that the hostess or hosts shall decide the number of guests, since he or she is footing the bill. Keep in mind that showers are traditionally “intimate” – it’s not an opportunity to score as many extra gifts as possible! Select your closest friends and family. Also, it is generally polite to only invite guests to the shower that are also invited to the wedding. If your mother or parents are hosting, you may have to look at some other additions, but keep it compact. If you do invite guests to more than one shower, please do not expect them to offer gifts at every event.

A themed shower usually relates to the types of gifts being given, i.e., a kitchen shower, a spa shower, a honeymoon shower, and so on. Any theme should be noted on the invitation. The hostess or hosts should include registry information with the invitation as well.

Activities at a shower are going to be up to the hostess or hosts to determine. Games are often popular, but you are under no obligation to entertain your guests by dressing them in toilet paper! You can absolutely do pen and paper games if you prefer, or forego games altogether. Generally, there is a gift opening portion of the event. If you do open gifts en masse, be sure that someone (usually a bridesmaid) is taking notes on which gift came from which person, so that you can send thank you notes after the event.